2.  The Association consists of the following members, the minimum number being limited to three: (...)

3.  The registered offices of the Association are in the Grand-Duchy of Luxembourg (75, rue de Mamer, L-8081 Bertrange).

4.  PRI is a non-governmental organisation with consultative status at the Economic and Social Council of the United Nations Organisation (category II), the Council of Europe and the European Conference of Ministers of Transport. It closely co-operates with other international organisations.

a.  to promote sustainable road traffic safety at an international level,

b.  to focus on education, information and communication (campaigns) as its core business.

2.  To this end, the tasks of PRI are in particular the following:

a.  to advise and assist its members;

b.  promote the cooperation of national and international bodies, of all individuals, artificial persons, research centres and firms interested directly of indirectly in the promotion and improvement of road traffic and its safety;

c.  create throughout the world awareness of the consequences of traffic accidents;

d.  support as much as possible research into all matters relating to traffic safety and more generally assist in the improvement of medical, pedagogic, economic, technical and scientific knowledge relating to such matters;

e.  collect and disseminate relevant documentation and publications, in order to promote best practices in terms of education programmes, information- and communication campaigns, research, road safety policies and their implementation;

g.  promote the training of specialists and the exchange of experiences in the field of traffic safety.

The members of PRI are:

-  National active members: In each country, national road safety associations, organisations (one or more) public of private, research institutes, Universities and other national institutes interested in the aims of PRI.

b.  Affiliated members (and Associated members) (pay an annual supporting fee): - commercial and industrial entities and other societies interested in the aims of PRI.

d.  Honorary members nominated according to the regulation in force by the General Meeting.

Admission to PRI of members is subject to the following conditions:

1.  Written application to the Secretariat specifying the form of the applicant, his activities and financial situation.

-  A declaration that the statutes in force are accepted.

-  A declaration that the applicant commits himself to pay his annual membership fee regularly.

2.  The executive committee decides on the admission of members. In the case of the application for admission being rejected, the applicant may, within two months of being informed of such rejection, apply to the General Meeting for reconsideration of the matter.

1.  The resignation of a member will only be effective at the end of a calender year. Notice of resignation must be sent by registered letter to the Executive Committee to arrive nog later than 30 September.

2.  Expulsion of members may be resolved on by the Executive Committee by reason of:

a.  non-settlement of the financial situation,

b.  non-compliance with the statutes in force,

c.  acting contrary to PRI aims and causing damage to the PRI image and/or status in any way.

3.  The member expelled is entitled to launch an appeal with the General Meeting within two months from notification of his expulsion and the decision of the general meeting is final.

-  Resignation and expulsion do not exempt a member from fulfilling his obligations until the date of notification or appeal in case of expulsion.

-  Resigning members and those expelled forfeit any claim to the assets of the association in the event of dissolution and liquidation.

1.  PRI is financed by subsriptions and fees of members, by voluntary contributions and by other resources.

2.  The annual subscriptions and fees of the members are fixed by the General Meeting, at the proposal of the Executive Committee.

3.  The annual subscriptions and fees are paid before 30th June of each year. After this deadline, a monthly 2% interest rate is applied. The Executive Committee will, however, treat justified exceptional cases. A member who has not paid his subscriptions or fees for two years automatically forfeits his right to membership.

4.  The financial year runs from 1st January to 31st December. The audit of the annual accounts is undertaken by two auditors elected by the General Meeting. The auditors present an annual report to the meeting.

a.  the General Meeting

b.  the Executive Committee

1.  The General Meeting consists of all the active members of PRI and shall form the supreme body of the same.

2.  The active members who have paid their subscriptions until the previous year enjoy the right of vote.

3.  The General Meeting is held at leas once a year, in the first half year.

4.  The president of PRI, or in his/her absence, one of the vice-presidents, nominated by the Executive Committee, presides over the meeting.

5.  The Secretariat, in accordance with the decisions previously reached by the Executive Committee, issues a notice of the meeting at least two months prior to the date fixed, and encloses an agenda to all active members.

7.  At each session, the General Meeting decides upon the date of the following session. However, the president, the Executive Committee or at least 20% of the active members, who have the right of vote, may during the intervening period call an extraordinary session at not less than one month's notice. At such extraordinary sessions, matters excluded from discussion are with respect to the annual budget, any change in the statutes of the association, the amount of the annual subscriptions and fees and the dissolution of PRI. If a situation of distress demands it, a decision of the dissolution of PRI may also be taken at an extraordinary session. To this end, the statutory restrictions of article 8.11. are to be considered.

8.  The General Meeting discusses all matters concerning the activities of PRI and takes all decisions with regard to the nature, the methods and the implementation of tis programmes of action.

It particularly takes decision on:

-  the strategy of PRI

-  the constitution of Regional Groups proposed by the Executive Committee or at least by 5 active members from different countries.

-  the constitution of the Special Committees proposed by the Executive Committee.

-  the election of the President and the Vice-Presidents (three at maximum).

-  the election of the Special Committees' Coordinators proposed by the Executive Committee.

-  the election of two Auditors.

-  the modification of the statutes.

-  the members' subscriptions and fees.

-  the place of the following general meeting.

9.  Each active member represented is entitled to a single vote, irrespective of the number of his representatives present at the meeting.

10.  Voting by proxy is authorised. Each active member can represent a maximum of one other active member. The proxy has to be presented tot the Secretariat in writing before voting.

12.  The decisions taken during the General Meeting are communicated to all members in minutes form.

2.  The President of PRI is elected for a period of four years by the General Meeting, provided that at least five active members, who have the right to vote, have proposed his/her election. The Vice-Presidents (three at maximum) are elected in accordance with the same conditions. They are eligible for re-election once.

3.  The Chairperson of the Regional Groups and the Special Committee Coordinators at the Executive Committee, remain in office for four years. They are eligible for re-election once.

4.  The principal duty of the Executive Committee is to prepare and provide the annual activity plan for PRI, to maintain contacts between the members associations and to develop contacts with (international) organisations and associations. It prepares the General Meeting and carries out its resolutions, administers the property, submits the annual report, accounts and annual budget to the General Meeting. Furthermore, any matters come within its jurisdiction, which have not been expressly reserved to another body. It may take on experts for advice.

1.  The Special Committees are open to all categories of members who have paid their fees until the previous year.

2.  The aim of the Special Committees is to develop the technical cooperation in specific terms among all members, considered as the most important for the generality of PRI members, to identify good practices in their own field of action and to make proposals for the dissemination to all PRI members.

4.  Yearly, at the occasion of the General Meeting, Seminars will be organised under the themes of all existing Special Committees. Each Coordinator will submit the programme to the Executive Committee, who has to approve it, at least three months before the next General Meeting.

1.  At least four active members from different countries of a certain region can form a Regional Group with the assent of the General Meeting.

-  to exchange their experience, the results of their activities,

-  to ensure the implementation and if the case arises the co-ordination of common activities,

-  to maintain permanent contact between the members of the group,

-  to assume the liaison to other international organisations pertaining to the same regions and PRI.

2.  No active member may exercise his right of vote in more than one Regional Group.

4.  The Chairperson of each of these groups issue notice of meetings to the active members in their region.

5.  The General Meeting, under the proposition of the Executive Committee, approves the constitution of the Regional Groups.

1.  PRI has two auditors, who have the duty to accompany and verify the execution of the yearly budget and to submit a report on the accounts of the completed financial year.

2.  The auditors have the duty to issue and advice on the next year budget, elaborated by the Executive Committee and present it to the General Meeting.

3.  The auditors are elected (among PRI active members) by the general meeting for a period of four years. They are eligible for re-election once.

1.  The Secretariat of the association will carry out its own activities in the premises of the National Association member, of the elected PRI President.

2.  The Secretariat implements, under the control of the President, the decisions of the General Meeting and of the Executive Committee.

1.  The official languages of PRI are English, French and German.

2.  According to the needs, some documents can be published in other languages and are translated with the co-operation of members.

1.  Only those active members who have paid their subscriptions of the preceding years before the annual meeting of the current year have the right of vote.

2.  Decisions, as far as nothing else is provided in the statutes, are reached by a simple majority of the votes represented.

Article 16 - Dissolution and change of aims

1.  The dissolution of PRI and the change of the aims of PRI may only be decided by the General Meeting and by a 2/3 majority of the active members represented.

2.  The same general meeting determined the disposition of any assets, which PRI may have at its disposal at the time of dissolution.

The present statutes of the association are approved by the General Meeting held June 15, 2007 in Lisbon (Portugal), take effect from that date.

For any case nog mentioned in the present statutes the clauses of the law of 21st April 1928 of the Grand-Duchy of Luxembourg concerning non-profit organisations are applicable. 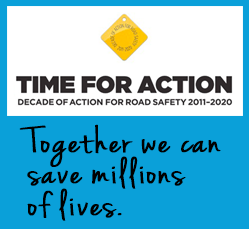 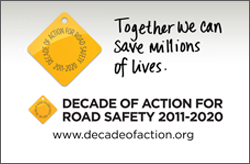